“The author of more than 40 bestselling fiction titles whose combined sales hover near 15 million, Kingsbury takes her loyal faith-based fans on an exploration of the emotional and spiritual effects of abortion. Interestingly, the author frames the story through a young adult male character, Brad Cutler, an up-and-coming ad agency executive; he revisits a former relationship in which he encouraged his pregnant girlfriend to have an abortion. Years later, Brad continues to feel guilty, and as he readies to marry his fiancee, a new ad campaign for baby clothes has immobilized him. Emma, the former girlfriend, also cannot move past what happened. As the pressure mounts, Brad travels home and reunites with Emma to find closure, but what he discovers in the encounter is far more different than he hoped or expected. Kingsbury tackles a touchy, difficult topic, yet in her characteristic style, her gentle approach wins the day. It will also overcome any reader resistance, no matter what position one takes on this volatile issue.” (Nov.) — Publisher’s Weekly

Brad Cutler, twenty-eight, is a rising star at his New York ad agency, about to marry the girl of his dreams. Anyone would agree he has it all … a great career, a beautiful and loving fiancee, and a fairy tale life ahead of him—when memories of a high school girlfriend begin to torment him. Lost innocence and one very difficult choice flood his conscience, and he is no longer sure what the future will bring except for this: He must find his old love and make amends. Haunted by the past and confused about the future, he turns to God seeking forgiveness and redemption. Three people must work through the repercussions of a decision made long ago before any of them can look toward a new future. 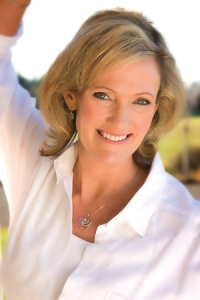 New York Times bestselling author Karen Kingsbury has written more than forty of her Life-Changing Fiction titles and has nearly fifteen million in print. Dubbed by Time magazine as the Queen of Christian Fiction, Karen receives hundreds of letters each week and considers her readers friends. Her fiction has made her one of the country’s favorite storytellers, and one of her novels, Like Dandelion Dust, is under production for an upcoming major motion picture release. Her emotionally gripping titles include the popular Baxter family novels, the 9/11 Series, Even Now, Ever After, and Between Sundays. Karen and her husband, Don, live in the Pacific Northwest with their six children, three of whom are adopted from Haiti. To learn more about Karen, visit her at http://www.karenkingsbury.com

Prices may be for the day of feature only. Please check price of book before purchase. The Cheap Kindle Daily is not responsible for any price changes at any time on or after features. It is the sole right of the publisher to change prices. We have no control over pricing. However, if a price changes during the day of a feature The Cheap Kindle Daily reserves the right to remove the book from its site. 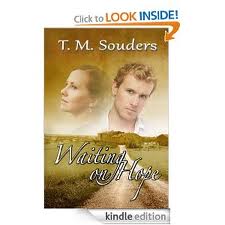